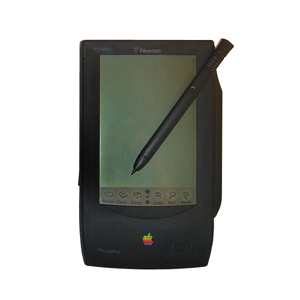 Today, in the fast developing craze over iPad and earlier over iPhone, we have somehow forgotten Apple’s first try at building a hand held computing device that did not do so well in the market. It did have a host of features including a fully functional hand writing recognition which was fairly good by existing standards in 1998 when it’s development officially was shelved.

The Newton Handheld platform was only followed by the modified OS X platform for the iPhone 10 years later.

Just a tribute to a pioneer. Not to forget what came first and where the “Pad” of iPad actually comes from. Probably just sentimental for Apple.

1 Reply
This entry was posted in Design, Gadget, Internet and tagged Apple, handheld, Newton, PDA, tablet on Apr 16, 2010 by dasadmin.