We have worked with Kirby Building Systems many a times but this was by far the most complicated of Structural Design presentation just by the scale of components involved. The shed to be depicted in the virtual walk through was half a kilometer long. This meant that the amount of detailing inside the shed had to be optimized so that the whole thing is believable and yet feasible to render out in a short span of time. All the shelving structures within the structure were instanced and repeated. But they had to be filled up as well. Numerous quantities of cartons and boxes were created and then placed at random on the shelves to give an idea of the shelving and aisles within the premises.

Vehicles used in the project are from stock CDs retextured to show the comparative scale of the structure. No weathering were done to the textures, things were kept new. 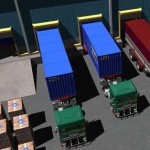 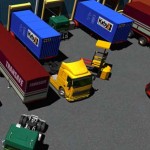 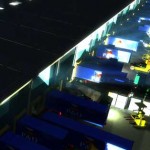 Leave a reply
This entry was posted in Uncategorized and tagged animation, Engineering, Kirby, Visual Effects on Jun 10, 2006 by dasadmin.